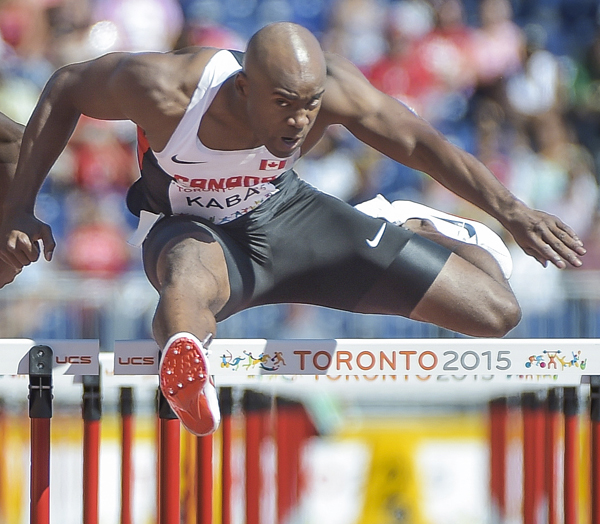 Joanna Brown, Ariane Bonhomme and Sekou Kaba are all eager for the special chance to compete in their hometowns for Canadian championships in triathlon, cycling and track-and-field in the coming month, but the trio of top prospects for the podium in their respective sports would love nothing more than to celebrate their country’s 150th birthday with Canadian crowns. 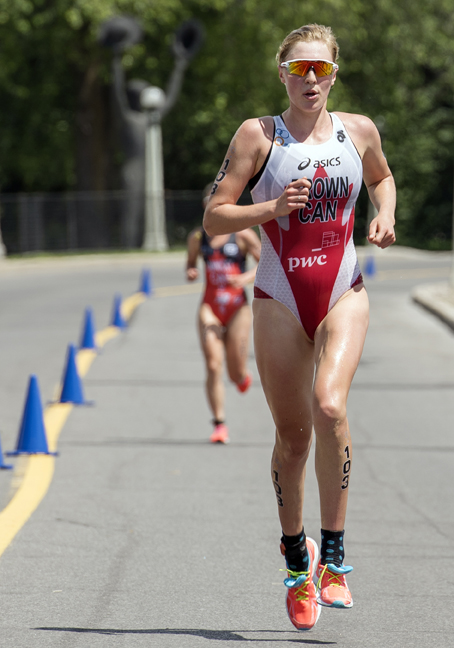 Kicking it off will be Brown at the June 17-18 Ottawa International Triathlon, where she’ll look to further cement her comeback from the injuries that previously derailed her journey to the top of the triathlon world.

Fresh off the second World Cup medal of her season and career, the 24-year-old has her best shot at a first senior national title. In winning bronze on June 4 in Italy, Brown finished roughly 3-and-a-half minutes ahead of the next-best Canadian.

“I’m going to go into it with the same mindset I did with New Zealand (site of her World Cup silver medal performance in April) and keep myself in it for as long as I can,” states Brown, who plans to arrive in the lead pack off the bike and draw on the hometown crowd’s energy for the run.

“I find it encouraging and motivating when there are all those people there,” she adds. “I’m looking forward to it.”

Brown won a bronze medal at the 2010 junior worlds and repeated her worlds podium performance in her first year in the under-23 category, but a series of injuries and illnesses left her back at home in Carp contemplating her future after her third consecutive disheartening season in 2015.

“When I was 15 or 16, I thought I was pretty invincible,” recalls the All Saints Catholic High School and University of Guelph grad. “I didn’t think it would be this hard, but this level of competition is just so much higher.”

Brown has experienced a rejuvenation since joining a new national training group based out of Victoria in advance of this season.

“There are so many people to thank for being here,” the former Bytown Storm Triathlon Club youth athlete highlights. “My support team helped to build me up, give me courage and pushed me to believe in myself.”

This year’s event marks the first time all national team athletes will be required to race at the Canadian Championships, which is a key qualifier for this summer’s world championships as well as the 2018 Commonwealth Games.

With her recent success against world-class competition, Brown now feels ready to rise higher yet.

“I think it was something I felt I was capable of for quite a long time,” she signals. “The pieces just hadn’t really come together.” 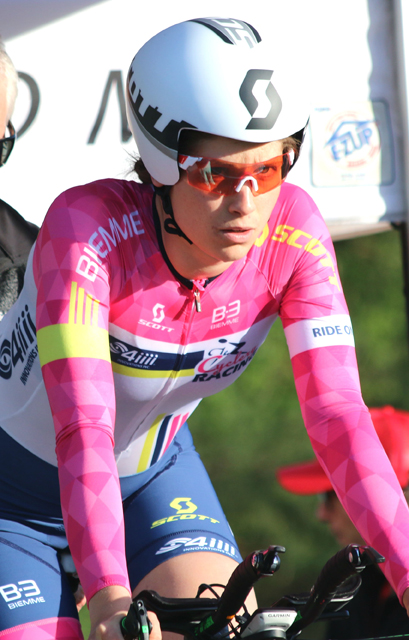 A week after Brown swims, cycles and runs her way around the Dow’s Lake course, Bonhomme will gear up for the Global Relay Canadian Road Cycling Championships from June 24-28, her Ottawa-based Cyclery 4iiii team primed for a repeat of their dominant performance at the 2016 nationals.

With silver and bronze medals instead, the only women’s race The Cyclery didn’t win in 2016 was the criterium, so they went and signed the gold medallist, Kinley Gibson, for the 2017 season.

It will be a tough task to replicate last year’s dream results, says Bonhomme, but not impossible since the Ottawa Bicycle Club product from Gatineau believes the team has indeed improved over last season.

“Last year, the younger girls were a few steps behind, but this year they really stepped it up,” indicates the 2016 national U23 champion in both the road race and individual time trial. “We’ve improved so much and are ready to compete at the big events.”

“We want to win the road race no matter who on the team wins,” Bonhomme underlines. “We didn’t have a designated leader on the team, we just had to do whatever in our power to win.”

Established 9 years ago to help Canadian female cyclists bridge the gap from local racing to the world stage, The Cyclery squad’s success is due in large part to the efforts of team director Jenny Trew, says Bonhomme, noting the big impact Trew’s had on her own cycling career.

“She really takes time to listen to all of us and help us with any problems, whether it be concussions, overtraining, or just bad training,” explains the recent Canada Games qualifier and criterium champion at the Tour of Somerville in New Jersey.

A number of other top contenders from Ottawa will race at the cycling nationals, including 2016 Canadian elite men’s time trial silver medallist Alex Cataford and 4-time Paralympian Robbi Weldon, who’s coming off silver and bronze medals at a May Para-Cycling Road World Cup in Italy.

A pair of local cyclists will also pedal for redemption at nationals. Matteo Dal-Cin, 26, crashed on the final corner while sprinting to the finish with a slight lead in the 2016 men’s road race, while 19-year-old Rally Cycling pro rider Katherine Maine missed last year’s nationals with a concussion.

The 2016 Ottawa Sports Awards’ top cyclist, Mike Woods, is not expecting to compete at the nationals following a taxing season with his Cannondale-Drapac World Tour team that included his Grand Tour debut at the Giro d’Italia.

On the Sunday of the nationals, a ParticipAction Playlist 150 event will allow members of the community to cycle in an all-ages fun ride along the nationals. 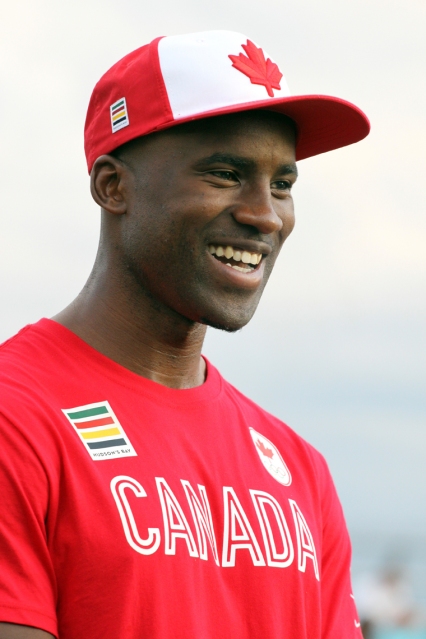 As one of seven siblings, Kaba is guaranteed to have big support from the community come the July 3-9 Canadian Track-and-Field Championships.

“Many people know what I do but have never seen it live,” notes the Rio 2016 Olympic sprint hurdler, who has become particularly well-known locally thanks to frequent speaking engagements, including speaking out against bullying in schools.

The Guinea-born athlete was bullied himself because of his small size and accent while he lived in the U.S. before coming to Ottawa in high school.

“Kids would land punches here and there and I’d be pushed around,” the 26-year-old recounts. “It helped that I wasn’t a mean kid, I was just being taken advantage of.”

Kaba became friends with one of the bigger kids at school to protect himself from the bullies and took a year off track to bodybuild and practice his English.

“Lifting and putting on some muscle built some confidence,” reflects the Sir Robert Borden High School grad. “Ever since, I think I’ve held my own.”

At first a nervous speaker, Kaba has now become a confident, motivating individual. The former Ottawa Gee-Gees national university champion even created his own “KABA Keys to Success”: be Kind, Ask for help, Believe in yourself, and Adjust to what life throws your way.

Kaba’s shares his life experiences honestly at talks, including, of course, his Olympic appearance, where he was in a fast heat and missed out on the semi-final round by the blink of an eye to finish 28th overall.

“I can honestly say that when I crossed the line in Rio, I discovered my purpose and I realized, ‘Wow, I’ve accomplished my dream,’” signals the Ottawa Lions Track & Field Club athlete. “Now it’s just to set bigger goals and get after them with more drive and more purpose.”

Kaba was named to Canada’s team with the possibility to defend his title from the 2013 Jeux de la Francophonie – his first international competition for Canada – at this year’s Games July 21-30 in Cote d’Ivoire (fellow Ottawa products Devyani Biswal, Divya Biswal, Ashlea Maddex, Bryson Patterson and Yves Sikubwabo were also on the squad), though the big goal for Kaba and his fellow nationals competitors is earning a berth for the Aug. 4-13 IAAF World Championships in London, England.

Kaba says he already feels buoyed by the local support he’s received before even stepping into the blocks. Ottawa set a record for pre-sale tickets purchased for a track nationals.

Organizers are bringing in piles of rental equipment to transform Terry Fox Athletic Facility into a true stadium that can accommodate roughly 5,000, while nonetheless maintaining three unique spectator hubs that allow fans to watch the throws and jumps competitors from so close “that you can get up and smell their laundry,” smirks Ottawa Lions club head coach Andy McInnis, who is set to be inducted into Athletics Canada Hall of Fame alongside fellow Lions coach Glenroy Gilbert, the 1996 Olympic 4×100 m relay champion and head coach of Canada’s 2017 IAAF World Championships team.

Plus there will be many more local athletes seeking national team spots in the junior ranks.

“Everybody’s been looking forward to it coming here,” underlines McInnis, noting Ottawa’s built a reputation for putting on great events. “It’s going to be a big show.”