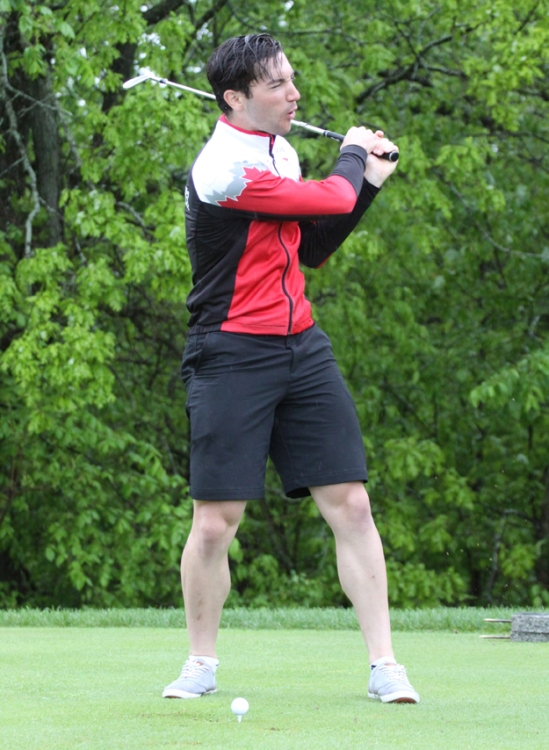 Olympic speed skater Vincent De Haitre whiffed twice before shanking a ball into the woods during a photo-op at his golf tournament fundraiser on a soaking wet May 29 at Camelot Golf and Country Club in his hometown of Cumberland.

The 22-year-old reigning Ottawa Sports Awards male athlete of the year would also like to compete in the Summer Olympics one day in track cycling.

Golf, however, is out of the question.