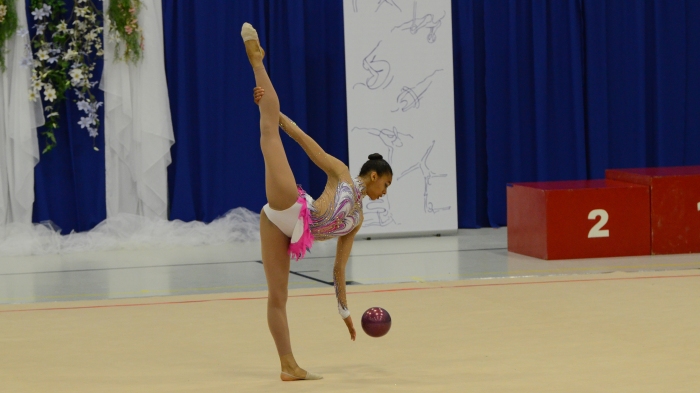 Athletes from gymnastics clubs around the city found their rhythm at the Rhythmic Gymnastics Provincial Championships in Etobicoke early last month. Top gymnasts from across the province travelled to the Toronto suburb from June 9-11 to compete against Ontario’s best, where Ottawa-based clubs proved they were a force to be reckoned with.

Athletes from the Ottawa Rhythmic Gymnastics Club were amongst those putting their stamp on the event, taking home a whopping 24 gold, six silver and two bronze medals from the provincial event.

The club’s head coach Xinhong Jin says she could not be more thrilled with their results.

“I was so proud of our gymnasts and coaches,” she said. “The Ontario Championships was the last competition for the season. There were about 18 clubs and 250 gymnasts attending. It was a great success in terms of levels and growing the number of gymnasts.”

Provincials was something this club has been training for for the past year.

“We started to prepare last summer and worked very hard each training session,” Jin explained. “Mentally, we asked our gymnasts to have their goal setting, individual skills and routine plan, pre-competition and post-competition and other mental training work. Physically, we make sure that we have quality training all the time.”

Among the gymnasts who worked hard in the lead up to the competition was Amina Sanogo.

Sanago, 16, who started rhythmic gymnastics just five years ago was amongst the highest placing at the event, leaving as a provincial champion.

“When they called my name (as champion), I was really happy, I was kind of surprised but looking back at all my performances, I knew I did really well,” she said. ““This was my best performance yet.”

Sanago has previously competed in two other provincial championships, but never reached the podium. This year, it was different – winning first in the all-around category.

“Heading into it, I was really scared and nervous of the outcome,” she explained. “I think in my past competitions I’ve tried to rush through things and I’d get really frazzled, but this time I tried not to focus on the outcome as much and on other people… I just focused on my performance and doing the best that I could.”

Sin says Sanago’s success this year is a prime example that hard work pays off.

“(Amina) is an example if you have passion and effort, you can be your best,” Jin said.
Selena Pang, a member of the gym’s national club who recently won gold in the National Novice Group at the Canadian Championships in Richmond B.C., said she was happy to see her teammates do so well.

“[Provincial] Championships is a really big competition, so this was just amazing for them,” Pang said. “I know they had lots of fun, they did really well and they’re extremely proud of themselves and I am too.”

Among the other top medalist’s at the Ottawa RG Club were Vlada Coveny ( L4A), Jessie Yang (L5B), Melanie Li (L6C) and Vasilisa Coveny(L6B).

Jin believes credit extends to the club as a whole.

“Winning is from team work, the gymnasts, coaches and parents support,” she said.