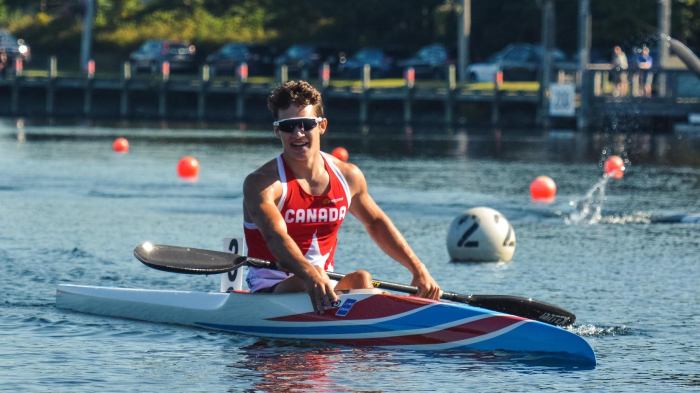 After flirting with gold for the past two years at the Canadian Sprint Canoe Kayak Championships, the Rideau Canoe Club is back on top, claiming top spot at the final event of the 2018 edition.

Rideau won 1st place at the regatta in Sherbrooke, Que. in convincing fashion with 892 burgee points, 129 more than second place Trois-Rivères. Rideau’s point total is the highest in the event’s history.

“It was outstanding,” recounted Hector Carranco, the club’s executive director. “It’s hard to pinpoint one top moment, because there were so many, but it was exciting to see all the parents cheering, not only for their kids, but for the entire Rideau club. I’m almost crying just thinking back on it.”

The club’s chances weren’t overly promising after the first two days of the event, in which Rideau had only won two gold medals. During the final three days of the late summer championships they won 19 more races.

“My wife arrived in Sherbrooke at the end of the second day and she asked me how we were sitting,” Carranco said. “I told her how it would be hard to come back seeing as how we only had two gold medals, compared to nine the year before. But after the crews got in the water it was a different story. It just shows how much of a team effort the win really was.”

Alexander Hoferek, who has been competing with Rideau for six years, contributed with three gold medals. Hoferek explained that the team’s comradery was a focal point of their victory, as was the work of the club’s coaches, especially following a narrow loss at last year’s national championships.

“If you had a bad race, you had your teammates and coaches there to pick you up,” said Hoferek. “It was great because when one person won, it was like the whole club won.”

“The coaches started planning after last nationals; what we were going to do this time around, our training program and everything in between. So it was great to see all the work put in, by both the athletes and coaches, come to fruition,” Hoferek added.

It wasn’t all glamour for the club this year though, as the extreme heat of the summer proved to be too much to deal with at times. This was especially disappointing at the club’s premiere summer event, the Canada Cup. Rideau was forced to cancel its Canada Day regatta midway through due to a humidex of over 45 degrees. The silver lining to its cancellation is that Carranco and other executives of the club may have found a solution for future weather difficulties.

“We are going to be talking about that soon, as we need to think about weather more than ever before,” admitted Carranco. “Usually weather cancellations are due to rain, wind or thunder, which just pass. But with the heat, it’s different.”

Carranco said the club is considering starting their annual regatta early in the day and then finishing it at night once the heat has passed.

“One benefit of summer is that there’s light early and light later at night as well,” Carranco said. “But that (idea) might be a five-year plan.”
Regardless of the obstacles encountered on the way to the 2018 Canadian Sprint Canoe Kayak Championships, Hoferek says this season was one of his most memorable.

“We’ve had some really good seasons, but this one really stood out,” said Hoferek. “Winning the national championship was just a great way to cap off a great season.”