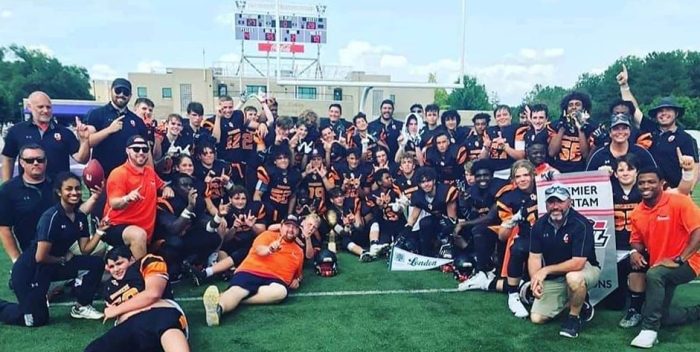 About: The Ottawa Sooners bantam team won the Ontario Provincial Football League (OPFL) championship by defeating the London Jr. Mustangs by a score of 28-27 in the league’s title game played in London in early August. The Sooners’ Jerry Momo and Nasser Mundy were named the championship’s offensive and defensive players of the game. The title caps a 6-2 regular season for the team, in which they led the OPFL’s bantam division in points scored and were 2nd place in points against.