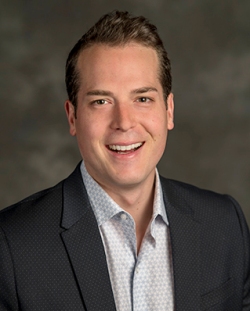 James Derouin – known affectionately simply as “Coach” on the court – is one of those amazing hometown proud stories to tell.

Born and raised in Gloucester, an all-around sports guy, Derouin found his love for basketball in a rather unconventional way at the age of 15.

“I grew up playing hockey at a very high level, but the sport became too much,” he recounts. “A lot of politics, commitment, parent involvement, etc. Basketball came into my life and there were no politics, no parents, and no insanity. It got me right away and I’ve been involved with the sport ever since.”

Now he is lucky enough to have made it a life-long career, one he has successfully brought back to Ottawa after years of playing in Vancouver, B.C. 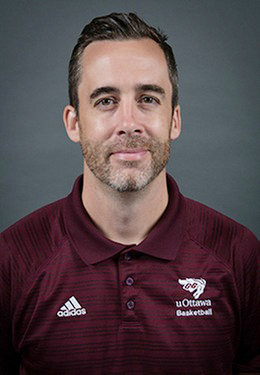 “There is so much more to it now, and that’s what makes it special.” Derouin says. “It is really incredible, to see it grow from when I played, when you couldn’t even get into the gym in the summertime, to a full 12-month season that the kids now have, balancing that now with school and everything else. It’s changed a lot.”

Once home, Derouin found his place at his former alma mater, with the uOttawa Gee-Gees, first as a player in 2000, an assistant coach in 2008 and returning home once again after coaching out west in 2010 to become the team’s head coach.

The rest, as they say, is history.

Derouin is the Gee-Gees’ coach with the record for the most career regular season wins, and was the fastest in uOttawa’s history to reach 50 victories.

Speaking of wins – this coach and his team are headed to the 2020 U Sports Men’s and Women’s National Basketball Championships from March 5th-8th.

Derouin is looking forward to the challenge and is formulating his plan of attack for him and his team.

“Having the best draw at nationals is important if you want to try and win the tournament,” he noted.