With no pro leagues and the big international tournaments cancelled, it was a largely depressing season overall for the world’s best women’s hockey players, but spend 5 minutes watching a Bauer/NHL First Shift session put on by the Ottawa Girls Hockey Association and it’s impossible not to feel energized about female hockey’s next generation.

With an abundance of smiles, spills and cheers, a full-capacity group of 45 youngsters got their first taste of hockey on weekends at Jim Durrell Recreation Centre. Directing the program was an all-female crew of coaches and on-ice volunteers, and perhaps most encouraging was the high proportion of “first-generation” girls’ hockey players taking up the sport.

“The diversity was really great to see,” underlines OGHA President James Wojtyk, noting that several of the participating families had just landed in Canada within the past year. “That’s the huge power that program has.”

First Shift offers a low financial commitment to try the sport – thanks to the Bauer/NHL sponsorship, the $199 registration included outfitting players in a full set of equipment.

“Everything is kind of packaged up for them, and that really takes away a lot of the fear of the unknown,” signals Wojtyk. “I think First Shift was our biggest success this year. It was a great sign for the future of the game.”

OGHA devoted to making it easy to get into hockey

Once First Shift wrapped up at Christmastime, roughly two-thirds of the players continued on into an OGHA transition program featuring more skill development sessions, while some joined house league teams.

Novice hockey also became more welcoming this season, with the introduction of half-ice games. There was skepticism about thew new approach at the outset, but it wound up being quickly embraced.

“Parents saw their kid now touching the puck much more often,” notes Wojtyk, and it increased capacity everyone to try playing goalie. “The half-ice format is very beneficial for skill development.”

A major highlight for the OGHA’s development stream – a program that offers a bridge between house league and competitive hockey – was its tournament on Family Day weekend, which drew triple the entries this year and rave reviews.

The Metro Ottawa Girls House League also expanded this season to welcome Gloucester teams on top of Kanata and Ottawa’s.

“More teams, more variety, but not nearly as much travel as there used to be,” indicates Wojtyk, a father of four daughters. “The girls and their families really, really enjoyed it.” 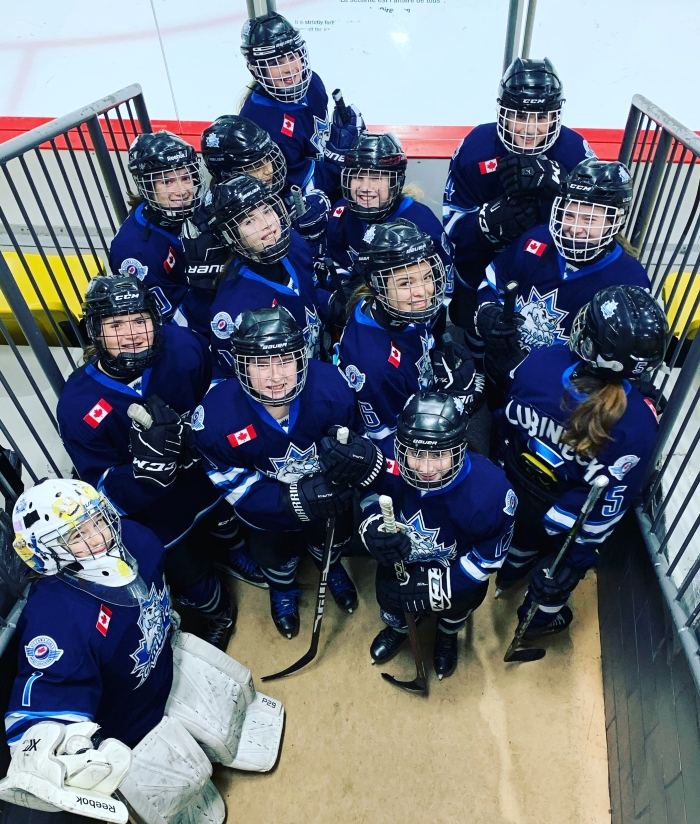 Ottawa Ice and Lady 67’s competitive teams showed they were an ever-rising force at the top levels. A half-dozen teams qualified for the Ontario Championships, including all ‘AA’ sides.

The Peewee ‘AA’ Ice (who lost just twice in 20 league games and were unbeaten in the playoffs) and the Bantam ‘AA’ Lady 67’s (regular season champions with a 15-2-3 record) were set to play in the district finals before COVID-19 forced its cancellation.

The Major Junior Lady 67’s went 13-3-2 against their Junior Women’s Hockey League rivals from as far as Massachusetts and B.C. to finish just 2 points out of top spot in the regular season standings. They then recorded 3 wins to reach the league final during the March 6-8 championship weekend before finishing as runners-up.

Goalie Tove Jacobson was named a JWHL 1st team all-star, while defender Alyssa Nolan and leading scorer Melanie Drost were on the 2nd team. Many players secured post-secondary hockey opportunities with U Sports and NCAA programs, including Naomi Boucher’s commitment to Yale University. 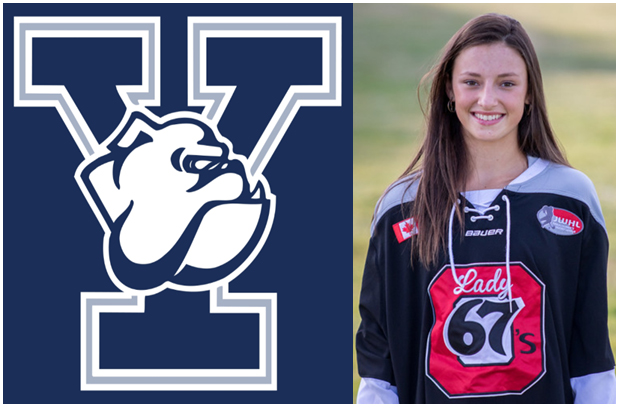 “It’s a great program,” highlights Wojtyk, who would nonetheless like to see the Lady 67’s move into the Provincial Women’s Hockey League to save on travel time and expenses, though the hockey bureaucracy is proving resistant to that idea.

“That’s the biggest challenge I think for us right now,” he adds. “We need to make it more inclusive as opposed to exclusive.”

Building the next generation of female leaders

OGHA spurred numerous efforts to get more females involved in the sport beyond playing the game. There were coaching mentorship sessions early on, while all players aged Peewee or above were invited to work with the club’s younger members.

OGHA held female-only referee clinics for its more senior players, and then got the newly-trained officials started in a “non-pressure” environment with novice half-ice games. The goal is “to give anyone interested the tools and the platform to get going” in leadership roles, and to build character, Wojtyk details, noting referees also enjoyed receiving part-time job income.

Beyond learning life skills through hockey, it’s really fun and friendships that remain at the heart of the experience for OGHA players, stresses Wojtyk, who coaches for the OGHA as well.

“I listened to every player’s best and most memorable moment of the season, and not one of them had to do with on-ice activity,” says Wojtyk, happy that his players are staying in touch regularly after the season finished. “There aren’t really any wins or losses with these kids, what really motivates them is just the camaraderie that they’ve developed.”

It’s the type of story that’s been repeated for over 20 years in the OGHA, established in 1999. Many of the first OGHA players now have young daughters playing.

The premature end to the season was an unfortunate finish to an otherwise great year.

Delivering the news to members that regional/provincial championships and house league playoffs would all have to be scrapped due to COVID-19 “was one of the hardest emails I’ve ever written,” Wojtyk says. “It was a big letdown for the teams, the families, the coaches – everyone.”

The pandemic means there will be no tryouts or on-ice training during the Spring either, and leaves lingering questions about when they will be able to resume (late-August trials are being eyed at present).

“But I do think everybody will be really refreshed, and the girls will be a lot more hungry,” Wojtyk counters. “I think that’s sort of the silver lining here.”