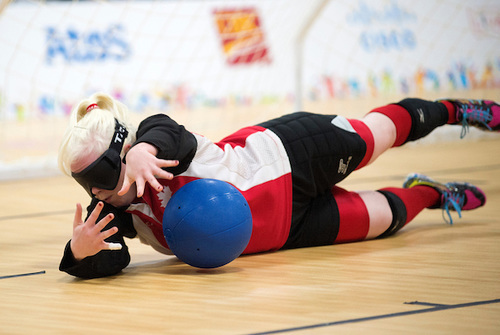 While hundreds of Olympic and Paralympic athletes are now having to wait months to find out if they’ve qualified for the Games, Canada’s women’s goalball team has known they had a spot since December. For members of the Canadian team that means it will have been over a year and a half of waiting come competition time.

Goalball is a sport created for athletes with a vision impairment, and consists of a ball with bells in it, which teams of three work to roll into the other team’s goal.

“It started out as a major disappointment, obviously it was for everyone. This is going to be my first Paralympics, so I think it kind of hit me a lot harder than my teammates who have already been,” she said. “It was really discouraging and upsetting, and then I cried a little bit, but I think ultimately, another year is just another year to prepare better.”

Reinke says she’s also been able to find motivation in the fact that her first Paralympic experience was postponed. Her more-seasoned teammates have given her a taste of what’s to come when the Games finally arrive.

“It’s comforting. They are really good at letting me know what to expect. They tell me all the rules, they tell me what’s up,” she said, but adding “I am very excited to have my own experience, because hearing about it is never as fun as actually doing it.”

“Knowing that (a year) is the only thing standing in the way of a medal in Tokyo, that’s incentive to keep going.”

Conversely, Burk’s extensive experience has also served as a motivating factor. She’s unsure if this will be her last Games; she had been considering retiring after Tokyo, but now that there will be less than four years until the next Olympics, she may strive for playing in 2024 as well. Regardless, she wants to make sure 2021 counts. 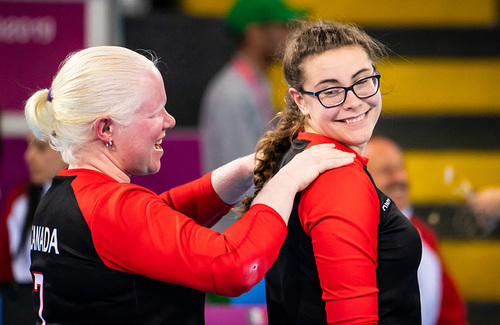 “I know my time is running out, so unlike my younger teammates, there might only be one more Games for me or there might be two, who knows. But if I do only have one more Games left, then I want to make sure I go out with a bang,” she said. After finishing 5th and 6th at previous Paralympics, one of Burk’s biggest goals is to win a medal.

Training during the pandemic has been a struggle, since the most the team can do is individual workouts. They didn’t even have a set fitness plan until the end of June.

“Before it was just a few of us within various provincial teams (that) would just get on a Zoom call every day and do a random workout that we found, which was really fun,” Reinke explained.

Bogart and Burk each have two young children at home as well, adding to the challenges.

“I’ll be in the in the middle of a workout and my 3-year-old will come and start climbing up on top of me when I’m trying to do planks or push ups. Adds a little bit of extra weight I guess,” Bogart laughed.

The European Championships were in October. Burk, Bogart, and some of their coaches and teammates were up at 3 a.m. watching the Israel game.

“I don’t think I’ve ever been that nervous watching a game before,” Burk said. “I remember shaking and having cold sweats because it was just so nerve wracking. But then when the game was finally over it was, it was a huge release.”

After Israel qualified, it was pretty certain but not confirmed that Canada would too. The Canadian team had to wait until December to finally find out if China would place high enough at the Asia/Pacific Championships. When Canada finally qualified officially, it was a huge relief.

“Having your fate in someone else’s hands is not a fun thing to have to go through,” Burk said.

When the Paralympics do come around, she wants to make sure their opponents know that their qualifying wasn’t a fluke.

“A lot of teams aren’t going to necessarily take us as a strong opponent,” Burk said. “So we want to really make sure that we focus, work hard this year to show those nations that will be in Tokyo we deserved to qualify. And we are going to make sure that we try and do whatever we can to win.”